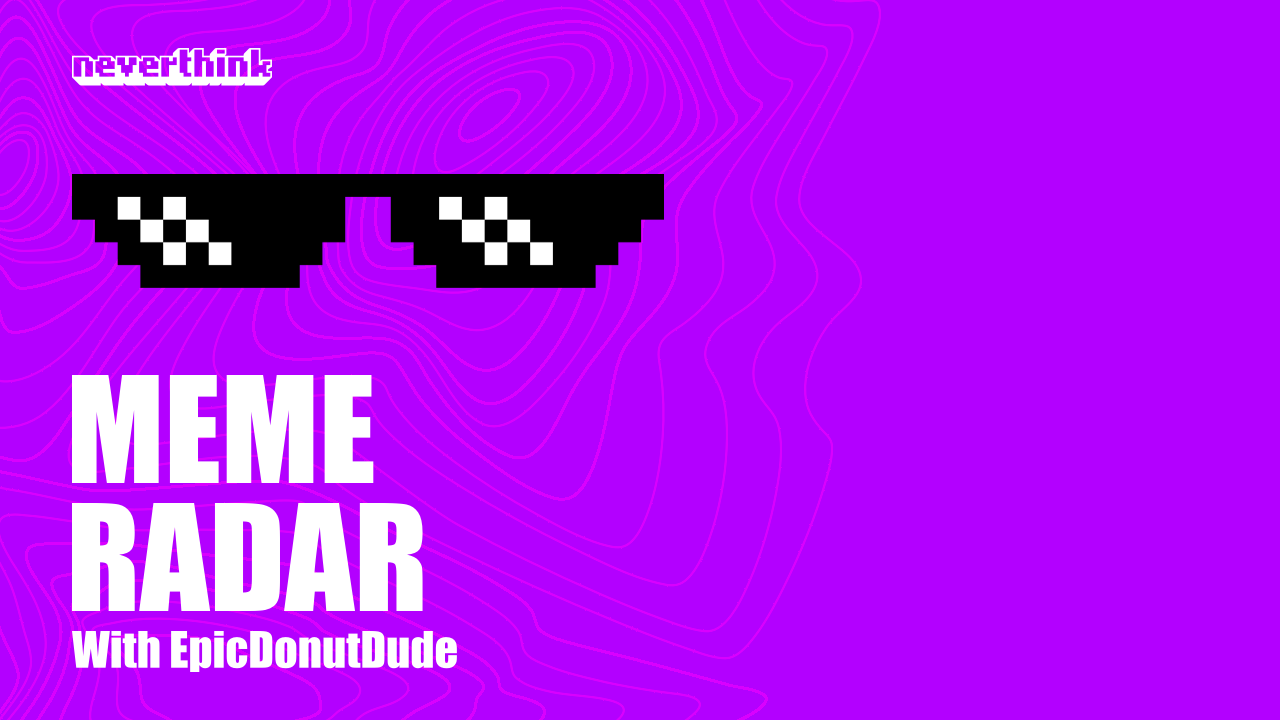 Neverthink, together with EpicDonutDude, the creator of the world’s most watched YouTube meme playlist “Instant Regret”, is beyond excited to introduce Meme Radar podcast to the world of meme enthusiasts and makers alike.

In each episode, our host EpicDonutDude will meet either the biggest meme influencers with millions of followers or exciting up-and-coming creators who you’ll definitely be hearing about.

Each episode of Meme Radar offers a deep-dive into the lives of your favorite meme creators, both on-and-off the meme realm. Will Grandayy ever do a face reveal? What’s the weirdest sponsored offer Dolan Dark has ever gotten? Do all the meme creators actually know each other in real life?

The first episode, featuring Grandayy – one of the most popular meme accounts in the world and the maker of some of the best Minecraft memes out there – is out now.

👉 Check out the episode here