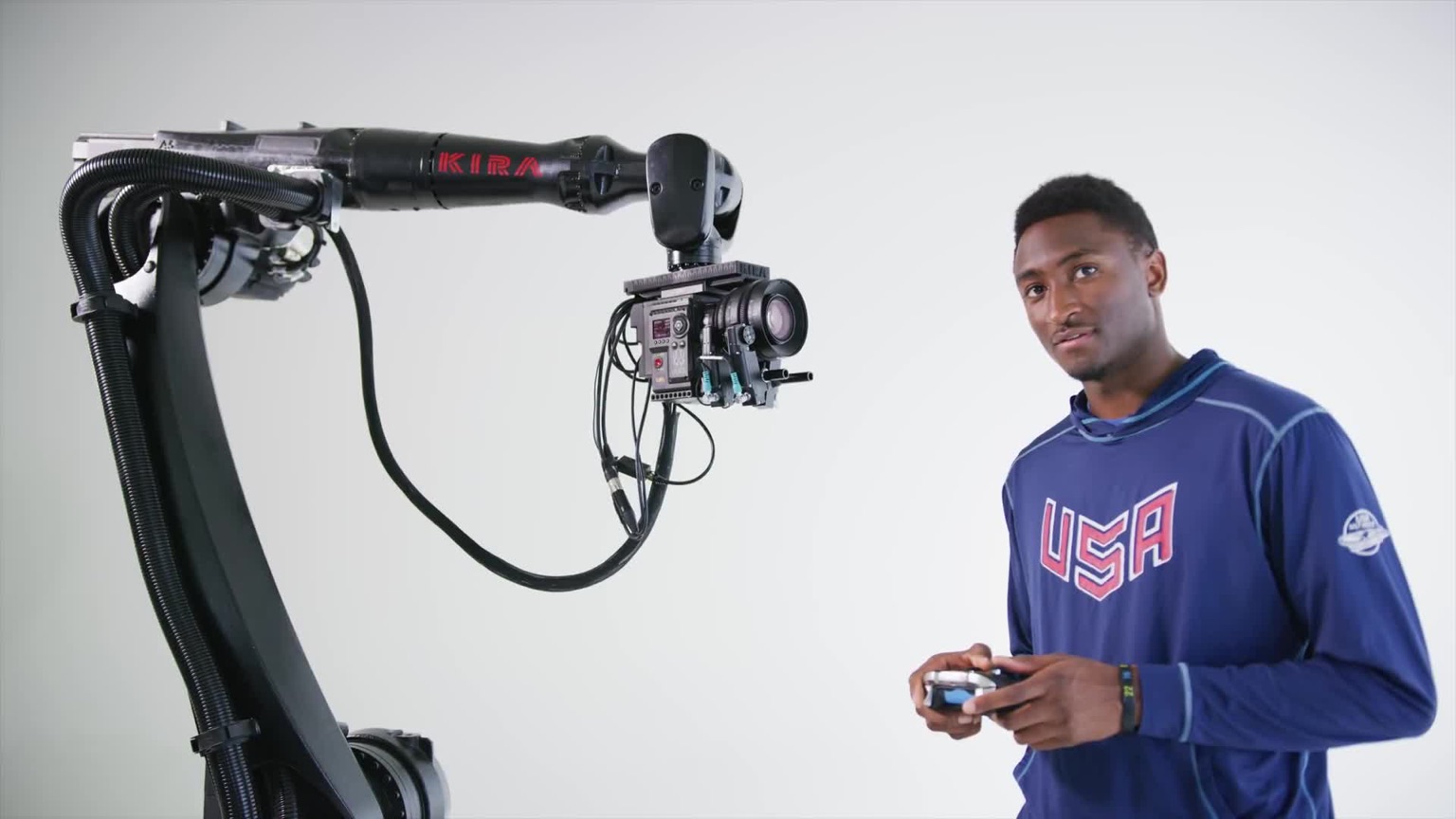 Today we’re thrilled to introduce our next Featured Creator, Marques Brownlee! Marques, also known as MKBHD which is the name of his YouTube channel (MKB from his initials, HD from “High Definition”), is one of the world’s most popular tech influencers with over 9.5 million subscribers on YouTube and millions of followers on other social media platforms. In his videos, he reviews new and retro products, explains different technologies and phenomena, answers his viewers’ questions and discusses tech with some of the biggest names in the industry like Bill Gates and Elon Musk. We had a unique chance to ask him a bit more about his work.

Despite his young age, Marques, 25, has been on YouTube for over 10 years. In 2009 when he was growing up in New Jersey and still in high school, he bought a laptop with his allowance money after watching videos about his different options on YouTube.

“When I finally got it, I found out a bunch of things about it that I never saw in those videos. It felt right to open up the webcam, turn the camera on myself and make a video or two to add to that collection so if someone found themselves in my shoes, they’d have more info. Then it snowballed from there,” Marques explains.

According to Marques, his timing was one of the biggest reasons the channel became so successful.

“Aside from timing, I’d like to think the individual effort put into every video separates them from the rest. Every project is a challenge for information density, cinematography, editing, and continuity.”

“What I love most and find most challenging about making videos are actually the same thing: The complete and total creative control over what I want to make. Since the beginning, I’ve wanted to make videos that I would want to watch. So as someone who always excelled in math and science instead of language arts, that open-ended prospect was always intimidating. But it’s gotten easier over the course of the 1000+ videos I’ve made since 2009.”

“Do it for the right reasons. I saw a stat recently that the dream job of more than half of kids in grade school now is “YouTuber” which is incredible… but we can’t all be YouTubers! The ones that make it have found a topic or style that they’re passionate about to the point where if it’s not actually successful or financially feasible, they’d keep going anyway. If you’re starting to make videos to get rich or famous, spoiler: not the right reason! I guess what I’m trying to say is the love of the game matters.”

“I watch a lot of other tech videos – TLDToday, UrAvgConsumer, UnboxTherapy, Austin Evans, iJustine and SnazzyQ come to mind – and then there are plenty of other more exploratory channels that are fun for me, like Kurzgesagt, SmarterEveryDay, Mark Rober and MrBeast. There’s 300 more that I watch and didn’t name. The world of quality YouTube creators is vast.”

“Shoutout to Austin Evans. Would love to see him interviewed!”