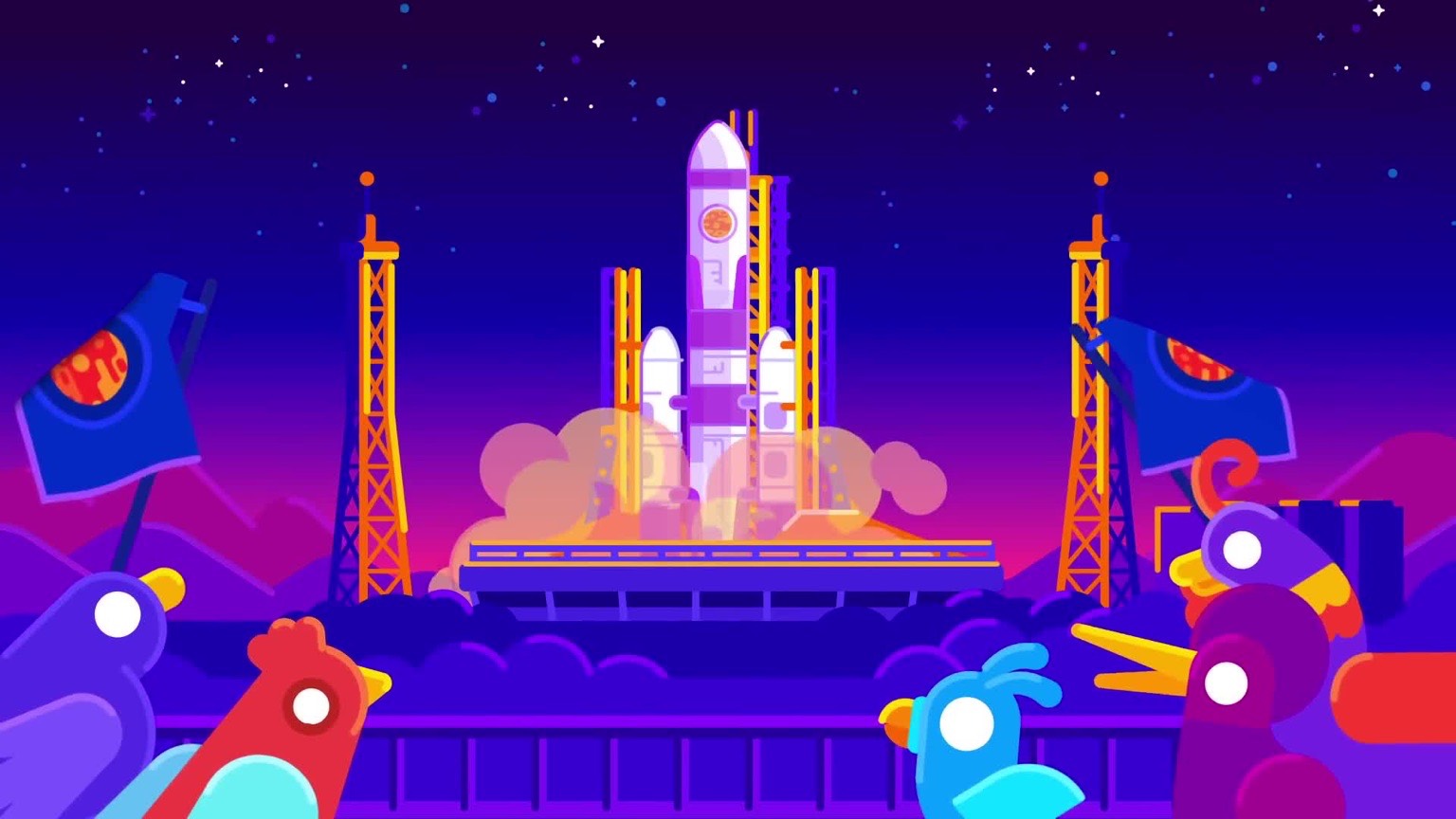 Today we’re excited to introduce you to our newest featured creator and one of our all-time favorite YouTube channels, Kurzgesagt!

Kurzgesagt is a Munich-based animation studio that is known for its vibrant-colored and minimalist educational animations. The name Kurzgesagt is German for “In a nutshell”, which is fitting, since Kurzgesagt’s videos explain complex theories and concepts in an understandable and entertaining way.

Kurzgesagt was founded by Philipp Dettmer in 2013 and it has grown into one of YouTube’s most popular educational channels, with over 9 million subscribers. The studio currently employs over 30 team members of illustrators, motion designers, researchers, producers and other industry professionals. In addition to their YouTube channel, the design studio has made videos for a number of organizations and companies including the Bill & Melinda Gates Foundation, Audi and the National Academy of Sciences. Today we have the pleasure of interviewing the team and to get to know a bit more about Kurzgesagt’s story.

The first ever Kurzgesagt video was the bachelor project of Philipp, the founder and CEO of the company. After finishing his design degree, he wanted to keep making videos so he created the YouTube channel. Since the beginning, passion has been the driver for everything that Kurzgesagt does.

“The YouTube channel was always a passion project, in the sense that client projects made it possible to make more Kurzgesagt videos, instead of paid projects leaving some space for Kurzgesagt as a side project,” the team explains.

Kurgesagt’s animations quickly gained popularity on YouTube. How did it feel to reach a million views?

“Incredible – but so did the first couple thousand views on the first videos. It is just always amazing to know people like what you create.”

The videos cover a huge range of topics; from biology and medicine to futurism, the universe and space. Where do you get all the ideas for the videos?

“This varies a lot. It could be a relevant topic that popped up on the news, something we are personally interested in, or an interesting book or paper we read. Sometimes we talk to experts or the research for one topic leads us to another interesting question we’d like to explore more in depth. So we start digging deeper and try to see if there might be an interesting video there.”

A lot of research and fact checking goes into making each video in order to make sure all the information is accurate.

“The first part is a lot of careful reading – articles, studies and books. This way we get a good overview on the topic and can figure out if there are controversial aspects to the topic that need more research. The second, and even more important step, is getting in touch with experts. They give us advice on wording, inform us on latest findings and check our script and sources for possible errors or inaccuracies. We try to have our scripts checked by two experts at least, so we don’t get only one opinion. “

Some of the videos touch very conflicting topics, such as cannabis and meat. How does the team approach those?

“The best case scenario is to approach them as neutrally as possible and not to be overwhelmed by personal opinion. We try to base everything on scientific facts and to take all arguments and sides of an issue into account. If we work on a very complex or controversial topic we try to always be aware of that complexity and make sure that our viewers understand we are giving them an overview but there probably is no definitive answer. We always try to motivate people to dive into the topic themselves and make up their own mind. “

Kurzgesagt has been making videos since 2013, and during that time they have seen some changes in the educational video space.

“It feels like there are more specialized science channels now and some of them have reached a really good level of quality. Also, it seems that the interest in science topics and especially debunking myths has increased from the viewer’s side.”

The Kurzgesagt has a very distinct and unique style in its colorfulness and minimalism, which the team said evolved naturally. As for the name Kurzgesagt, according to the team it’s a whole other source of entertainment and confusion:

“Our channel name is probably one of our special running gags, alongside our fascination for space, bombs and a combination of both. We were asked lots of times how it is pronounced correctly, people have made videos about that and we have seen it written in very creative ways.”

Anyone familiar with Kurzgesagt’s videos is familiar with the bird that they hide in every video,which also appears in their logo. Why a bird?

With the research, design, script and illustration there’s always a lot of team work included in the creative process, and there might be over 10 people working on one video. The team also enjoys lots of activities together outside of work.

“We go to the movies or theatre, go out for a beer, visit concerts, jam sessions, cooking parties, game on our breaks…we are a really close-knit friendly tribe.”

Kurzgesagt has made over a hundred videos. Is there a team favorite?

“There are many we like for different reasons. But one we are all very proud of is the loneliness video. Because it’s a serious topic, it is a little different compared to our other productions and it felt like a lot of people poured a lot of personal emotions into it. We were excited and grateful that the reactions were so positive and a lot of people said they were deeply touched by it.”