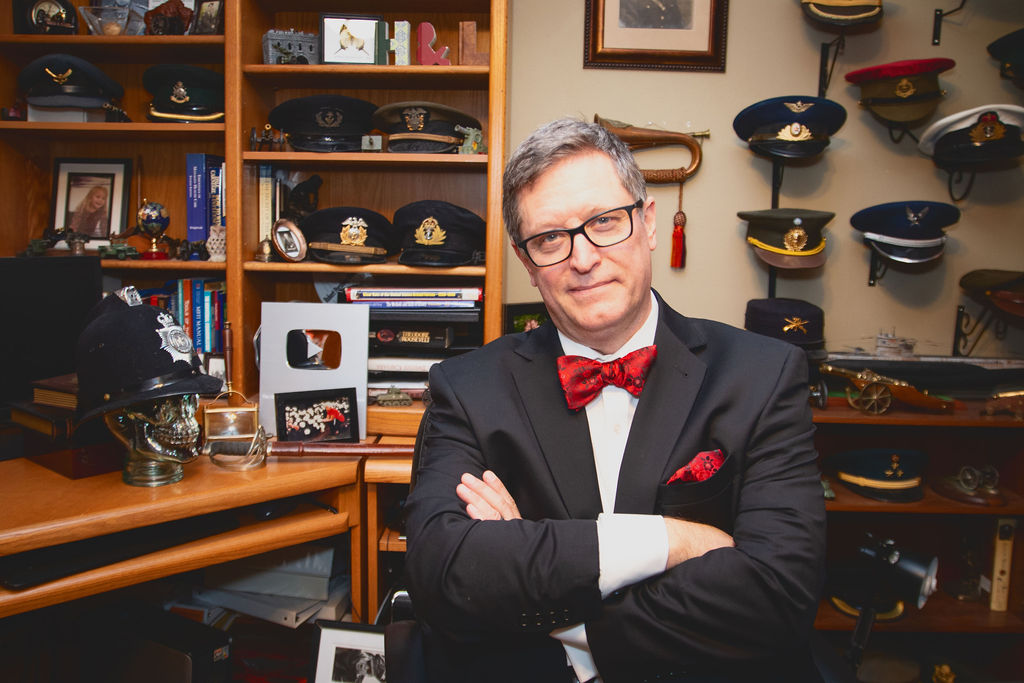 The decade has come to and end but we have one more Featured Creator we want to introduce to you in 2019 – the man behind one of the most popular history related channels on YouTube, The History Guy! The History Guy, a.k.a. Lance Geiger is known for his short videos covering forgotten historical events and people from ancient to modern history. His wife Heidi Wiechert also works on the channel writing scripts and co-hosting. “The History Guy” was created in 2017, and has already gained over 600K subscribers and 70 million video views. Lance firmly believes that history doesn’t have to be boring, and that’s why all his videos are between 5 to 15 minutes long.

Before starting his YouTube channel, Lance worked as a University teacher and in corporate training. He decided to start his channel after he was laid off from a corporate job.

“I had some money and time, and decided I didn’t want to go back to the same old cubicle world. I had always enjoyed telling stories about history, and YouTube seemed like a good place for a short documentary platform.”

In the beginning, Lance didn’t know anything about video editing or YouTube, he just learned everything as he went along. In the first year, the YouTube channel didn’t really take off, but suddenly one of the videos, “Pan American Flight 6” started getting massive amounts of views.

“We added over five thousand subscribers in a month. It took about eighteen months to hit 100,000. Now we can easily get more in a day than we got in the first year. The rise has never been steady, though. Some months we’ll have huge jumps in subscribers, some not so much.”

And how did it feel like when your channel suddenly started getting millions of views?

“It felt great! I was really nearing the point where I thought the channel wasn’t going to pan out and I would have to do something else. But it was also a shock. All of the sudden I was trying to answer hundreds of emails and comments. Once it started to hit, it grew so fast it was, honestly, a tad overwhelming. I still have trouble believing the stats - this year people have spent over 6.2 million hours watching our channel. Size is sure helpful, though, now we have sponsors coming to us, and we've gotten many opportunities to collaborate in ways we never imagined.”

Even though the channel has exploded in growth, the concept of the videos has stayed the same. Lance, in his bow tie, suit and glasses, tells fascinating stories about history in his basement. When the channel started growing, Lance’s wife Heidi joined him in making the videos, and his son Joshua also helps. In addition, they have a few people helping with the scripts. They draw topics from many places, and quite many of them are suggested by viewers.

“Our general rule is to write on the topic that inspires you. We want the person writing the episode to be excited about what they are writing, and want that passion to show in the video,” Lance explains.

The channel covers different time periods in history. Do you have any personal favorite time period or event you really enjoy learning about?

“I really have trouble picking favorites, but I do enjoy telling stories about the naval war in World War II. It is very exciting to read, say, action reports written by junior officers and get a real feel for what was going on. I did an episode on actor Eddie Albert's actions at the Battle of Tarawa, and his own reports are available online. It was just exciting to read, and it makes you appreciate the heroism much more than the sort of high level discussion you tend to get in a history class. “

In addition to all the script writing, shooting and editing, a lot of research goes into making each episode.

“Research is a challenge with our production schedule. You really only have a couple of days to become an expert on some subject before moving on to the next. The best advice, in terms of sorting through all the information, is to tell the story first and then fill in the details.”

Lance has been into history since he was young, and he thinks the best part about making videos is to have a platform to talk about things about which you are passionate with people who share that passion. Even though one could call the YouTube channel a passion project, it’s also hard work.

Lance spends so much time making videos that he doesn’t have nearly as much time to watch YouTube as he would like, but he still has some favorites.

“One of my best buddies from High School has a channel called Serene Disciple that is still small, but I think will grow, and I never miss an episode. I had the opportunity to do a collaboration with the Tank Museum in the UK on a series called Top 5 Tanks, and it is well worth watching the different takes that different YouTubers have on a topic that has always engaged military enthusiasts. I write history, but I am more likely, when I have time, to watch comedy on YouTube. One of the great things about YouTube is that you can find almost anything.”

"I think my friends over at The Tank Museum in Dorset have done an amazing job using YouTube to highlight their collection and draw attention to their museum."