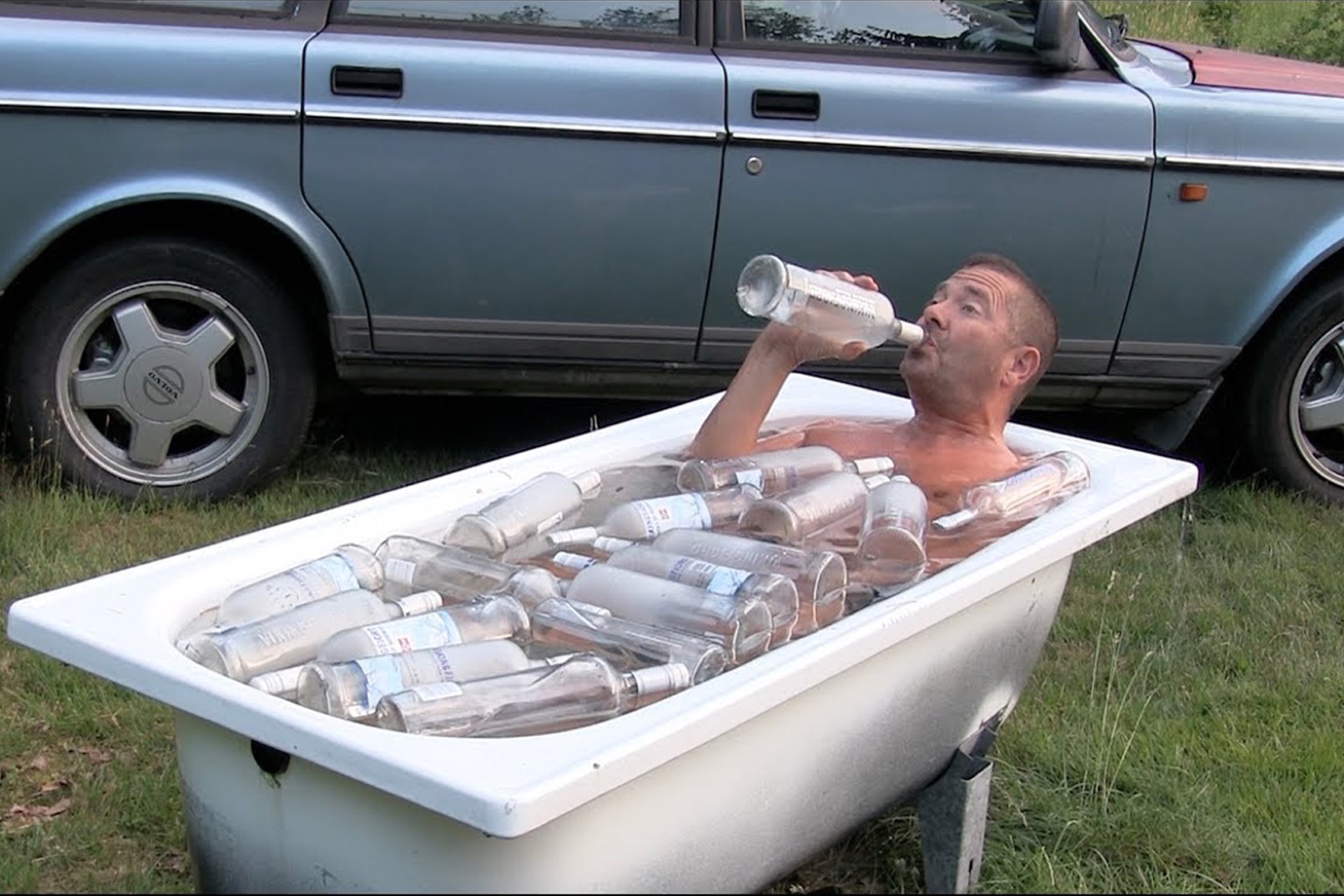 This “Ahhh” of delight is a signature for Tor Eckhoff, a Norwegian YouTuber and paint factory worker better known by his YouTube channel’s name, Apetor. The videos are not just about drinking of course, but rather all kinds of outdoor activities accompanied by a warming gulp of Vikingfjord Vodka (which is not a sponsor of Tor’s channel, although that’s what many people assume). Most of the activities are on the extreme side, like swimming under ice, skating on thin ice and bathing in an icy tub, but Tor also does some less crazy stuff like hiking mountains.

The videos are entertaining—a Norwegian guy goofing around doing crazy stuff and drinking vodka while doing it—but there’s more to that in Apetor’s appeal. There’s an extraordinary sense of freedom, quietness and solitude in his videos. This unique combination has resulted in the channel’s success—Apetor now has over 800000 subscribers and hundreds of millions of video views. Lucky for us, we got a chance to hear a bit more about his story and how the channel came to be.

A guy and a camera

In 2006, just a year after YouTube was launched, Tor was reading about it and decided to check it out. He created a channel without any plans, just for fun.

“The first year I just filmed with a compact camera and I uploaded and edited one scene videos. I had no plans for getting viewers or anything. But in 2009 I bought a video camera and an iMac, and I started putting work into my videos. I wanted people to watch”.

In 2011, he uploaded a video called On thin sea ice 2. It went viral, and after just one week he had a million views. The video is Tor’s personal favorite video out of all the ones he’s made, and it certainly is very “signature Apetor style”. First, Tor is skating on thin sea ice and sliding on it on his stomach, then suddenly his clothes are off and he’s skating again. Then, he jumps into the cold water, gets up again, makes a hole in the ice and dives into it. In the end, he gets out of water, does a goofy little dance and has a few sips of vodka. All of this, in a 1:43 minute video.

With a very few exceptions, Tor films all his videos alone, having the camera on his tripod or in his hand. Sometimes he has a structured plan for a video in his mind, and other times he just brings his camera and goes with the flow. There’s a lot more than just filming to making the videos, but the shooting is his favorite part.

“I like to film, to shoot the scenes, that’s the easiest and funniest in a way. Editing, on the other hand is the hardest part, I use lots and lots of hours on it.”

Vodka, chainsaws and thin ice can be a risky combination, but Tor has never really been in a dangerous situation when making his videos.

“In a few videos, including my newest video I’m swimming under the ice. That’s dangerous, but it has gone well, I haven’t had any difficult situations. But potentially, if I don’t find the hole, I die. And I haven’t gotten hurt, sometimes I fell on the ice and got some scratches, but that’s it. “

As for handling the cold, one might think that the vodka helps, but according to Tor it’s really all about the psychological preparation for it.

“You know, it’s vodka in a bottle but I just have a few sips, so I’m not drunk, especially not in the ice swimming videos because I have to stay focused. It’s ice swimming so it’s no secret—it’s cold. It’s about mentally being able to handle the cold and stay calm. Many people think you can get used to the icy water, but the human body is not made for swimming in ice. So it’s just very cold, you have some limit, and you have to do your thing.“

Tor says his main goal is to entertain people, but he’d like to reach 1 million subscribers this year. What about people who are thinking of starting their own YouTube channel in the future, do you have any advice for them?

I hardly watch other YouTubers, so I can’t suggest anyone.