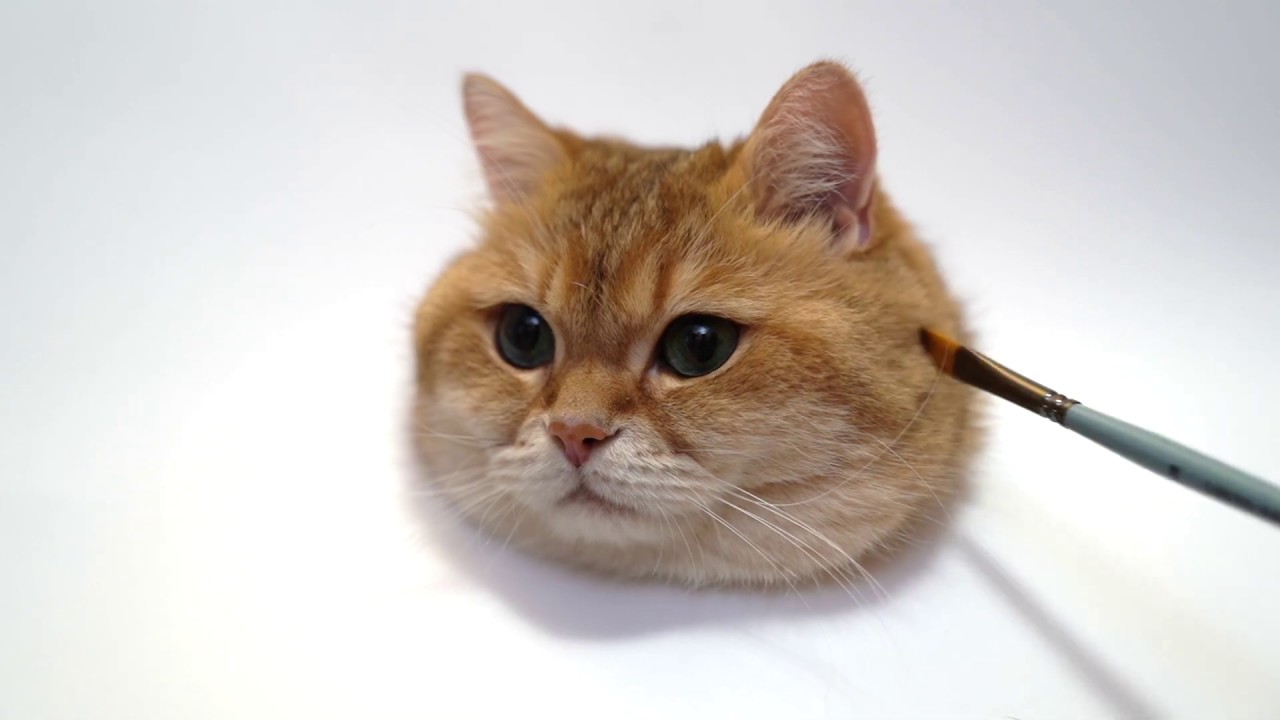 Today we’re excited to introduce our first non-hooman Featured Creator, Hosico Cat! Hosico is one of the most famous cats on social media with over 1.6 million Instagram followers and more than 120000 YouTube subscribers. He even has his own online shop selling t-shirts, pillows, and other cute Hosico Cat merch.

Hosico is a 5-year-old Scottish straight cat born in Russia. Even though he’s timid by nature and scared of new people and places, he is a natural in front of the camera. Even his name says it—Hosico is Japanese for “star child”!

When Hosico’s owners got him in 2014, they thought he was so cute they decided to post some pictures on Instagram. A bit later, they got started with YouTube. At first they didn’t pay any attention to the YouTube channel, but a year ago it became more popular and they started devoting more time to it. The popularity started after the video Today is master-class: how to paint a cat. How did it feel like when your cat suddenly became so famous?

“I don’t know, Hosico was already very famous on Instagram, so fame on YouTube did not come very noticeably, although of course it is very cool! We are also very famous in China on the Weibo social network," Hosico’s owner says.

In addition to China, Hosico is very famous in Russia, Japan and India.

In his YouTube videos, Hosico charms everyone with his golden color fur, fluffy cheeks and big, deep blue eyes. How is it like, shooting YouTube videos with a cat?

“It's hard to shoot a cat video of Hosico, he is unpredictable and naughty like dogs," owner says.

In Hosico’s previous interviews he tells he’s scared of people. Hosico, are you ever scared of the camera?

“Only dad takes photos and videos, so don’t be scared," Hosico says.

And what’s your personal favorite out of all your videos?

In his free time, Hosico’s favorite activities are sleep and play, and he loves to snack on raw turkey meat. He also watches some cat videos on YouTube—his favorite channels are Aaron’s Animals and Simon’s Cat.

Last but not least, Hosico—who should we interview next?

"Our friends from Korea, the Benny Family."