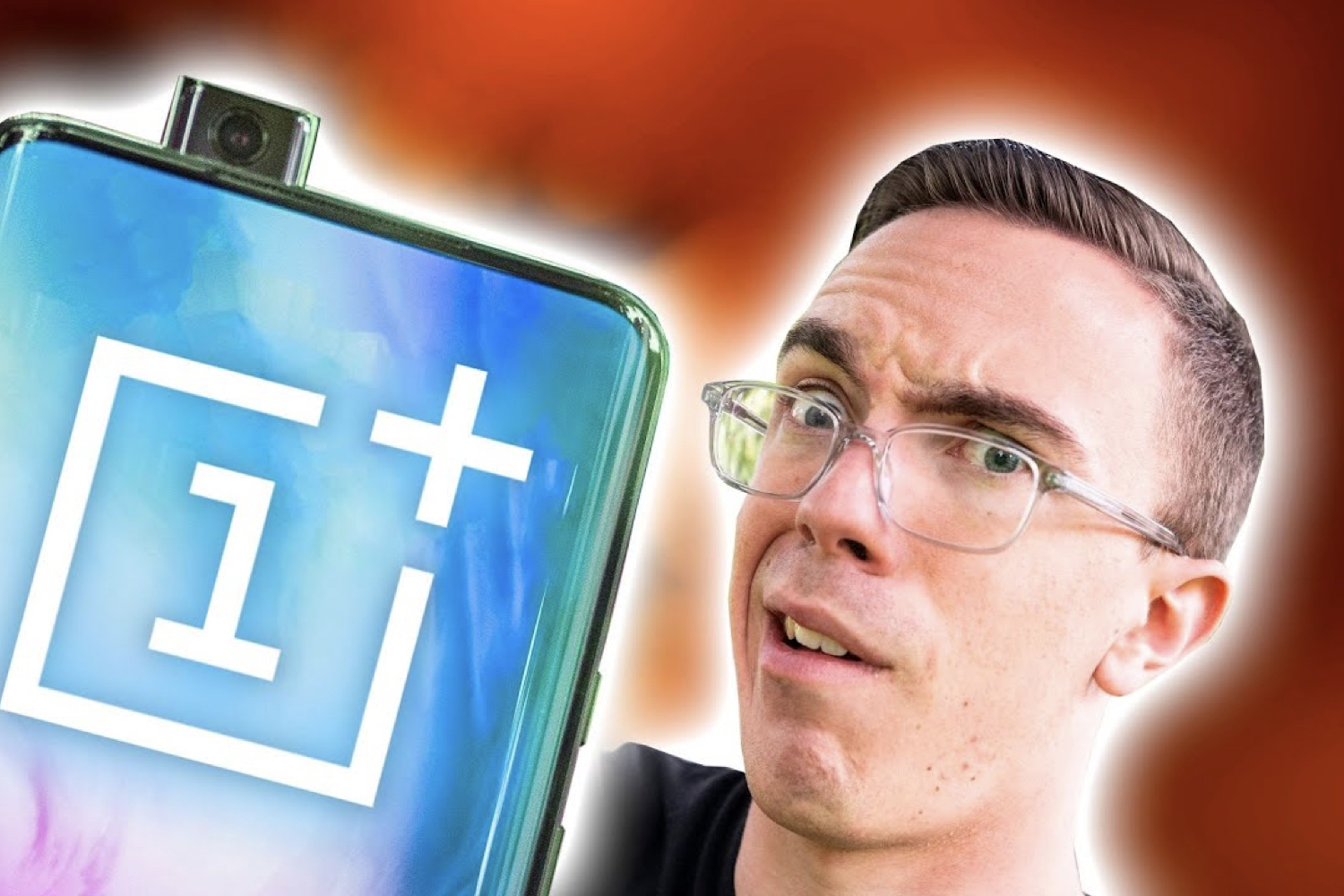 Are you into new technologies, gaming PC:s, smartphones and everything in between? Of course you are. Thus, check out our latest Featured Creator, Austin Evans!

Austin Evans, 27, is one of the world’s most famous tech YouTubers with over 4 million followers and 824M + video views on his channel. He and his team produce videos like The Ultimate Xbox Comparison, Is the Nintendo Switch Lite Worth It?, FAKE vs REAL Wish Tech Challenge, Building the Ultimate Mac Pro, just to drop a few.

They have also created another channel called This Is, which is focused on telling weird and interesting stories and facts, with topics ranging widely from science and tech to history and culture.

We had a chance to interview Austin and ask a bit more about his story and plans for the future.

“As someone who had looked enviously at my uncle’s Moto Razr this was the closest thing to a real smartphone I could get and I spent months watching videos about every cool app I could download.”

As part of the process he ended up becoming friends with one of the bigger tech YouTubers at the time. He then started writing for his site.

“In the process he encouraged me to take my written app reviews and turn them into video and that was really all it took: a few videos in I was hooked and haven’t looked back since.”

Contrary to many other YouTubers, Austin says he never really had a viral moment. Over the years there have been well-performing videos, but nothing specifically that really made the channel take off.

“The closest to a moment like that was probably when my apartment burned down back in 2014. A huge portion of the tech community got together and surprised me with a new computer to get back on my feet. This really reenergized me and the channel, and looking back, 2014 was an incredible year as the fire really brought us all together and opened our eyes to some of the cool projects we could tackle together.”

In front of the camera

Austin has been doing YouTube for 11 years already. What gets him excited about making videos is when he has an idea that’s legitimately different; something people haven’t seen before.

“This is where I feel like I really make something cool, it’s always in the back of my mind that if you’re interested in tech you’re almost certainly subscribed to a number of other tech YouTubers. My biggest challenge these days is just standing out among the noise, really giving people a reason to choose to watch my videos when there are so many other excellent choices out there.”

What does he think it is that makes his channel stand out, when there are so many other tech channels out there?

“This might be the most cliché answer in the world, but it’s really just down to hard work and luck—in that order. There have been huge hurdles to overcome the last decade of making 1800+ videos and throughout it all nothing but focusing on constant improvement has moved the needle. It’s an incredibly fun and rewarding job, but for every peak there’s a valley and learning to live with that has made all the difference.”

Out of all the 1800+ videos, there’s one that in Austin’s opinion, is especially memorable: the iPhone X review.

“To this day it’s one of the most ambitious projects we’ve ever undertaken. Not only did we rent some incredible gear and an amazing location for the shoot, but we also shot and mastered the video in HDR. This was a huge challenge for us and our colorist Wesley Knapp ended up creating a custom software workflow to make the HDR video properly viewable on YouTube. So happy with how this one turned out even today.

All this sounds very exciting indeed, but just like with every job, being a tech YouTuber also has some burdensome aspects.

“There are certainly stretches where I feel burn out; specifically when it comes to covering tech events. I used to LOVE attending launches, in the early days it felt like such a vindication that I was a real YouTuber. After a decade of them though…I feel kind of embarrassed to say this but the charm has really worn off. “

For 2020, Austin has a clear goal in mind—diversification.

“The entirety of my adult life has been spent building the main channel, nothing will change there but as I get older, I find myself drawn more and more to new challenges. Our second channel This Is is a big part of that, not only is it a more fun format but also I’m able to do videos there that it never made sense for me to do before.

“It’s certainly a bit of a trope for YouTubers to get into podcasting these days, but it’s a unique challenge: audio in some ways is a very familiar medium to express myself in but in other ways so many of the skills I’ve relied on from creating video have to be unlearned to tell a good story without a visual crutch.”

In his free time, Austin watches a lot of YouTube.

“I watch a ton of Linus Tech Tips who day after day cranks out some of the most interesting tech content out there. Digital Foundry also deserves a shoutout for their excellent technical deep dives on gaming and Marques from MKBHD consistently makes the cleanest, most in-depth reviews. Outside the tech space I enjoy quite a few car channels such as Mighty Car Mods and The Straight Pipes along with quite a few science and learning channels like the Vsauce network, CGP Grey and Kurzgesagt.”

What’s Austin’s advice for someone just about to start their own channel?

“Find something you’re passionate about and be honest with yourself about what you want. If making videos with zero expectations is what makes you happy then do it! If you want to make a serious effort to turn this into a “real job” however, it’s a long, difficult road. Thousands and thousands of people are all doing exactly what you’re about to do: you’ve got to be ready to adapt, learn and pivot until you find something that works.”

Say hello to the creator behind the Unusual Videos and Perfectly Cut Screams channels! UnusualVideos is...

wikiHow was born out of the idea that reliable, helpful how-to knowledge should be accessible to...

Today we have the pleasure of featuring the artist behind the insanely popular paint mixing videos...